A little about me

I grew up in a house full of words and books: my mother worked as a librarian and a proof-reader, and my father was a writer.

Every day Dad would go down to the little room he’d built under the house and work on his latest book. If he was writing a children’s fantasy, in the evening he’d read the manuscript aloud to my sister and me. Those were marvellous times–curled up on the sofa listening to another chapter.

My parents, my sister, and me.

In primary school I wrote lots of stories; in secondary school I didn’t. English became my least favourite subject and I dropped it as soon as I could. Nothing would have made me take English at university!

I had no intention of becoming a writer. Ever. I got a science degree, I spent several years travelling and working overseas, and one day I was sitting on a bus in Syria, with the desert stretching in all directions, and I thought, What if…

Many years have passed since then, but that ‘what if’ eventually turned into a manuscript, and then another, and another.

I’ve been a rehabilitation instructor, a postie, a viticulture technical assistant, a waitress on the Isle of Skye, and even (briefly) a field assistant in Antarctica. I love to travel and have lived in Sweden, backpacked in Europe and North America, and journeyed overland in the Middle East, China, and North Africa. Most recently, I’ve worked in Fiordland National Park, one of the most remote and scenic parts of New Zealand. 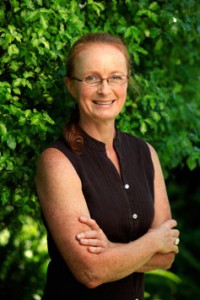